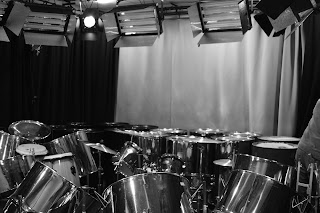 Working around our busy schedule, trying to find a weekend where we had both Saturday and Sunday free was the Sunshine Panners first problem; and as Saturday 13th and Sunday 14th November 2011 were the only dates available, this was perfect for recording our 3rd CD. 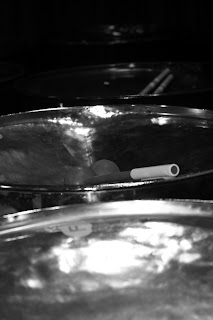 After lots of transporting, setting up and sound checks with microphones in numerous places, 17 band members turned up ready to record on the Saturday, and 23 turned up on the Sunday – some being our beginner band members (who had been playing for around 6 weeks!) and who also participated in the making of the CD. For those who went to both, it was proving difficult; a mixture of tension, tiredness and stress was starting to build as the long days progressed. Playing the same tune over and over, until it was note perfect was starting to become boring; just like not being able to make any sound until the recording had stopped, not even the small click of sticks, one tiny mistake and the whole song had to be played again, but we knew it had to be done!

We all battled on, and with a bit of persuasion for some, most of us went back the next day to record the final tunes. As the Sunday came to an end, everybody was relieved it was over but knew it was worth it, as we came away with a finished CD that we are really pleased with. Tunes on the CD include:
Thank you very much to all those who helped.

Please get in touch via the website if you would like to buy this CD, priced at £7, or email us at sunshinepanners@haydonbridgehigh.co.uk. 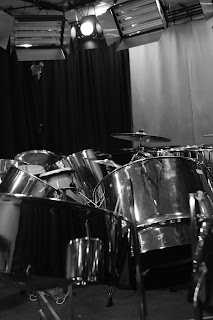 Posted by Sunshine Panners at 14:17